“Your Space is You” is the newest cut from the prolific Carrboro, NC musician Jphono1 and his stellar band, The Chevrons. With the wind at their backs, they sail across seas of dusty 45s and wobbly LPs. From the opening riffs you can tell that “Your Space is You” bears a stronger influence from the classic rock titans of the 70s in both hooks and production style than any prior Jphono1 album. Over the course of the record, however, it’s apparent that Jphono1 and The Chevrons are looking for something undiscovered on the horizon from the crests of those vinyl grooves. They’ve taken traditional timbres and styles, deconstructed and inverted them, and turned them back out as something that feels fresh, yet familiar.

The songs on “Your Space is You” are few, but sprawling in nature. Save for the sepia daydream single “Gold”, every track on the album pushes past the five minute mark. The length, however, doesn’t come across as indulgent. Instead it sounds like a group of musicians who trust one another enough to know when to let it ride. There is a pleasantly jammy element to songs like “Shape it Takes” and “From the Air” with the former channeling The Grateful Dead, and the latter exploring the sonic spaces first plundered by Pink Floyd. But don’t let the tasteful use of auto-wah fool you, because these jams are more through-composed a la recent Stephen Malkmus than whatever band you might have seen after that last time you ate a goofball in an amphitheater parking lot.

Speaking of psychedelic sweet treats, there’s still ear candy galore to be found on “Your Space is You”. Repeated listens will reveal that close attention was paid to getting tones just right and making good use of the stereo field. Those quintessential hazy aural elements of the Jphono1 canon are still to be found here, but they now serve as window dressing instead of the view. That restraint works to great effect by allowing the songs to find cohesion via the performances instead of the post-production. As a whole “Your Space is You” ebbs and flows with all the positive energy of a perfectly paced live show. Go ahead break out your tie-dye. We won’t judge.
"...the earthy slide guitar and Indian tunings of Led Zeppelin III; the pastoral, sighing melancholy of mid-period Pink Floyd; the "pretty daze" sensibility of Kurt Vile and the War on Drugs. Harrison's bemused but reassuring authority, exquisite taste in riffs, and ability to write lyrics that suit the celestial sprawl of the music convey just the right amount of trippy wisdom."
Indyweek

"Harrison’s playing seems to borrow from American Primitive and some of the more lush layers of Ben Chasny or Steve Gunn to take these songs in surprising places, and the band behind him locks in with a swampy thump, as if Gram Parsons’ Cosmic America took through Appalachia."
PopMatters 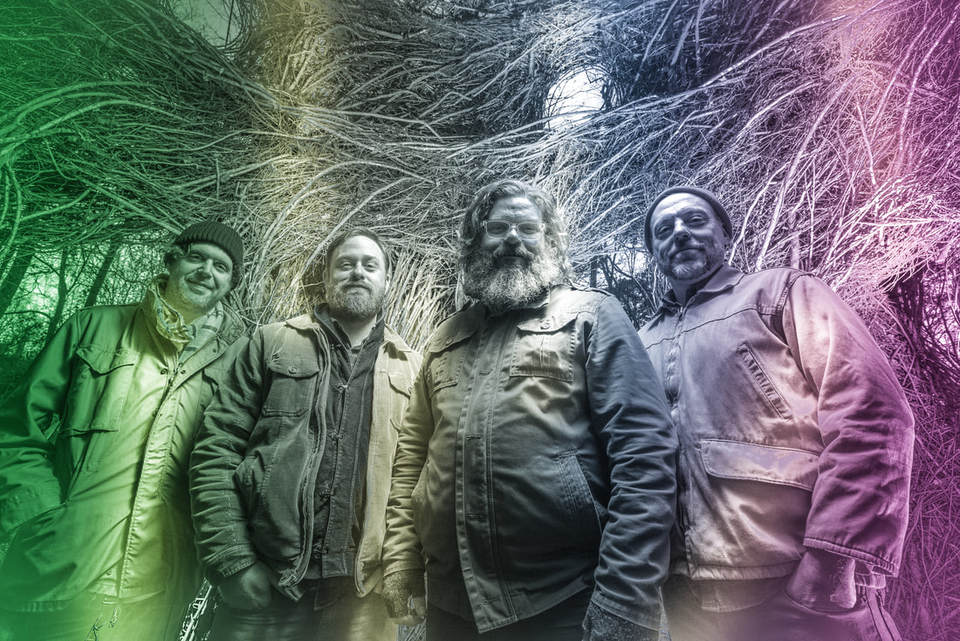